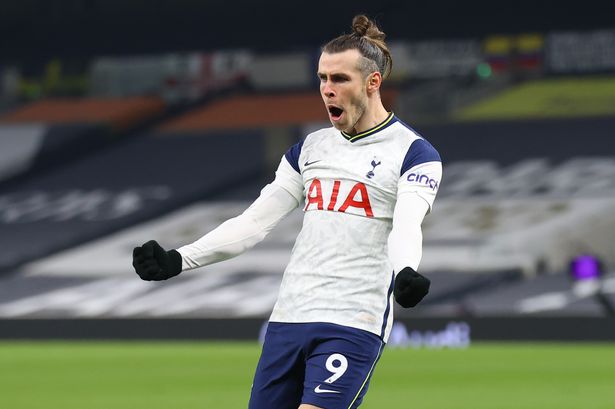 A Gareth Bale return to Tottenham could be on the cards if the latest comments from Antonio Conte are anything to go by.

OK, I may be jumping to conclusions here and seeing something that is simply not there but sometimes what seems outlandish, may not actually be so.

First off, let’s take on board what Conte has said, as reported by Sky Sports Italy.

“What happened in January was not easy. We lost four players in January. Four important players for Tottenham, and we brought in only two. “So even just in terms of numbers, rather than reinforce the squad, we on paper weakened it”.

“Bentancur and Kulusevski are ideal prospects for Tottenham, because Tottenham are seeking young players they can develop and grow, not players who are ready. That is the issue.”

“This is the vision and the philosophy of the club. It is inevitable that if you want to grow quicker and if you want to be competitive more rapidly, you need players with a lot of experience, because they also raise the experience level of the overall team.

For me, it is that last part that I find very telling – “if you want to be competitive more rapidly, you need players with a lot of experience, because they also raise the experience level of the overall team”

Well, you do not get much more experienced than Gareth Bale and it has to be noted that the Gareth Bale return to Tottenham rumours have already started (Express).

Obviously, Conte may have been referring to any number of players and he still has to get his way with Daniel Levy and Fabio Paratici with regards to signing “experienced” players but if he does, why not a Bale return?

For starters, the Welshman will not be retiring this summer if Wales qualify for the World Cup finals in Qatar later in the year. Clearly, if they do not then it is very unlikely he will remain a professional footballer and everything thing in this article is mute.

However, let’s assume that Wales do qualify, then Bale will almost certainly continue to play and that would make Tottenham a very attractive proposition for the 32-year-old.

Secondly, it may seem that Bale’s first return to North London was not as successful as it looked but what is success judged by? He scored 16 goals across 34 appearances, that really is not a bad return and looks even better when you realise that 11 of those goals came from just 20 Premier League games.

Finally his wages, they will not be anywhere near as outrageous as they were before. No club on the planet will pay him a huge wage based on his injury record and age and if his driving force is to play regularly so that he could feature in the 2022 World Cup finals then it is unlikely that he will be too demanding.

Will Bale return to Tottenham? Probably not but the ground is being cleared for such a move, so do not be surprised if it does actually happen.

FOLLOW US ON TWITTER FOR OUR OPINIONS AND THOUGHTS ON ALL THINGS TOTTENHAM
Tags: Antonio Conte Gareth Bale Gareth Bale return to Tottenham