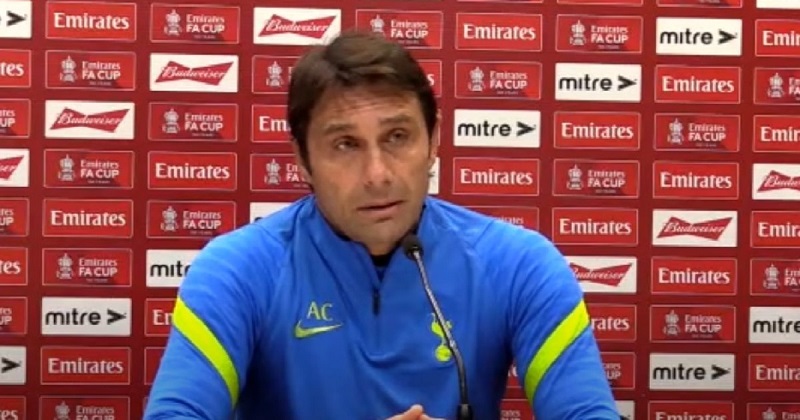 Hiring Antonio Conte was a mistake, there I have said it and I hate the fact that it has to be said. I know this is an unpopular opinion and expect a backlash but I am certain in my belief he is the wrong choice.

Of course, it is far too early to judge Conte, he has had just the winter transfer window and inherited an unbalanced squad but it is still a squad that is good enough to beat teams like Southampton and Wolves in our own backyard.

To come out and call Tottenham a mid-table team is not good management and his defeatist attitude has clearly seeped through to the team.

Anyone looking at his body language this season will surely have noticed how subdued he was before a ball was even kicked against Chelsea, there was none of the usual antics on the touchline that we have seen in games before and since, wonder why that.

His treatment of Ryan Sessegnon was appalling and his comments about other players beggars belief.

He must have known in advance what he was letting himself in for and if he did not then that is on him. It is obvious to everyone that watches Tottenham that the defence is crying out for reinforcements and yet his treatment of Joe Rodon, his loyalty to Davinson Sanchez, is all on him and not the players.

His insistence of trying to fit square pegs into round holes tactically is all on him, His insistence on trying to replicate Chelsea and Inter knowing he does not have the players for that system, is on him.

Conte is a good manager, no one is saying otherwise but just because a manager does well with one club does not mean he can do it everywhere he goes. Remember Juventus were already declining and Inter rising when he took charge in Milan, remember that he inherited a billion pound squad at Chelsea and had a team without Champions League football to contend with, circumstances are very different at Tottenham.

Spurs are a team that does not flourish under elite managers, they do far better under managers that have a point to prove, a name to make and who play a certain style, a Mauricio Pochettino or even a Harry Redknapp.

Not all clubs are the same, some require that top quality manager with a stick to beat them with, other clubs require a more nurturing progressive manager and Spurs definitely fit the latter.

I hope that Conte comes good but I doubt very much he will, he is on the verge of registering the worst losing run of any Tottenham manager in the Premier League era, think about that for a minute.

Tottenham needs a young hungry manager that has his ego in check and that is not Conte, a Graham Potter or Erik ten Hag would have been far better suited to Spurs and not a Conte or Mourinho.

Conte and Tottenham are destined to end in a bitter parting, again, I hope I am very wrong, but I suspect I am not and that we will feel a lot of pain this season before Conte throws his dummy out of the pram, quits and sues for a large amount of money.

Hopefully, this is the last time we employ a former Chelsea manager who has grown their reputation on the back of unlimited funding and a squad already built for success.

Was hiring Antonio Conte a mistake? Let us know in the comments below.