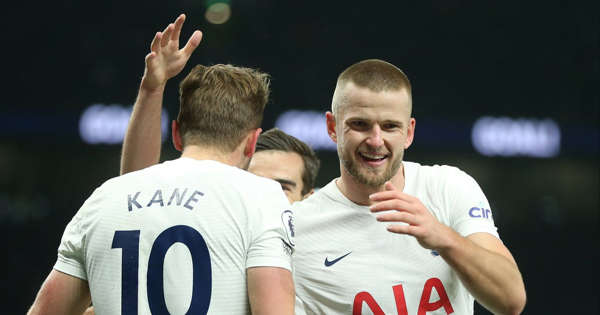 Eric Dier was one of the top performers as Tottenham stunned Manchester City with a 3-2 win at the Etihad last night.

It was a game that demanded the best from every Spurs player and they showed that when they are in the right mood they can beat anybody.

Manchester City had been running away with the title and beating everyone that they faced, especially in their own backyard and three more points would have strengthened their claims as champions in waiting.

Spurs also needed all the points from the fixture to keep themselves in the top-four race and to start rebuilding morale after two horrendous home defeats to Wolves and Southampton.

For Tottenham to beat City the defenders needed to be better than they had been all season long and they did not disappoint.

Dier, in particular, was in scintillating form and former Tottenham hard man, Graham Roberts, was impressed by the performance of the England international.

He tweeted about Dier and said what most of us was thinking:

Dier has been one of the ever-presents in the Tottenham side regardless of who the manager is.

The former Sporting Lisbon star has had his performances criticised seriously by the club’s fans, but he remains one of the bravest players Tottenham has.

Fans no longer criticise the decision to start him and it is no surprise that every manager he has played under continues to pick him, they saw in him a quality player that could do an excellent job in defence.

His recent absence from the lineup due to injury has only reinforced that view.

FOLLOW US ON TWITTER FOR OUR OPINIONS AND THOUGHTS ON ALL THINGS TOTTENHAM
Tags: Eric Dier Graham Roberts